The Pythagorean Theorem is often taught in isolation. It has connections to solving equations, but often appears in curriculum long before other equations involving radicals. It also has unique ties to both radicals as well as geometry.

Despite these connections, the theorem has developed the reputation of a surface skill. It involves the  repetition of the rule alongside numerous iterations. Something so fundamental to geometry is reduced to a droning chorus of:

This task aims to find a middle ground between where critical problem solving and collaboration can meet the technical precision of the outcome.

The task is originally from James Tanton’s Solve This! book. In a recent Twitter conversation, a couple people were looking for good Pythagorean Theorem tasks. It was through this conversation that I began to look for extensions / alterations.

You are building roads between four towns. The only requirement is that there is a route between every pair of towns. It doesn’t have to be a direct route. What is the shortest distance of roads that needs to be built? 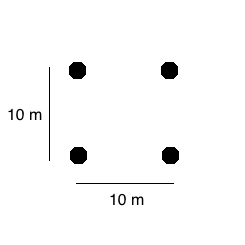 I originally set the towns on the vertices of a 10m by 10m square. This seems like a good place to start building familiarity with the problem. I also included a handout that provided some suggestions to test as well as spark imaginations. These starters give the task a low floor and the extensions provide a high ceiling.

I give this task to randomly selected groups with large whiteboards. This fits into the structure of my class, but it could be given in any matter that you are comfortable. I encourage parings or groupings so students can build communal lines of thought and action. 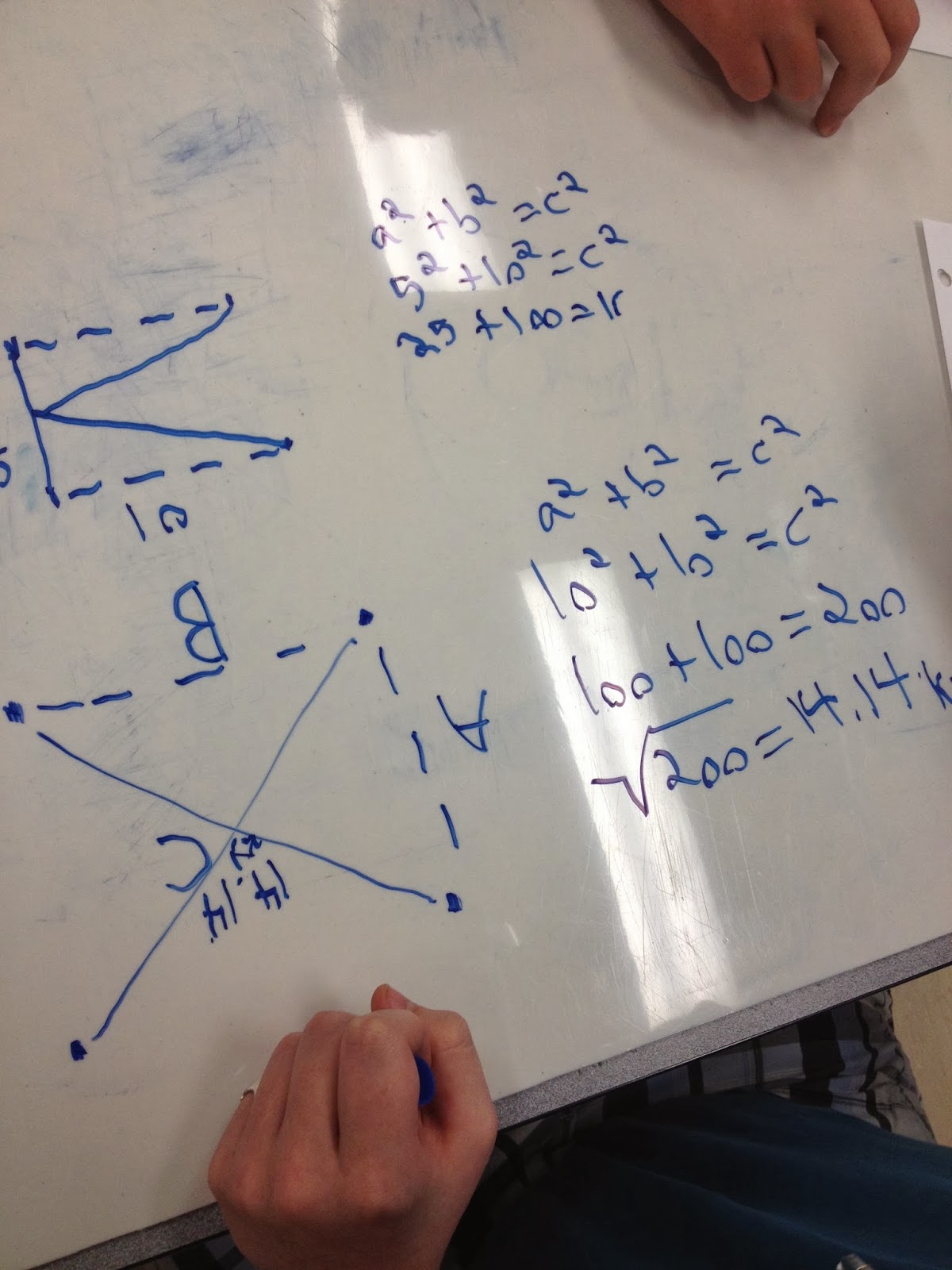 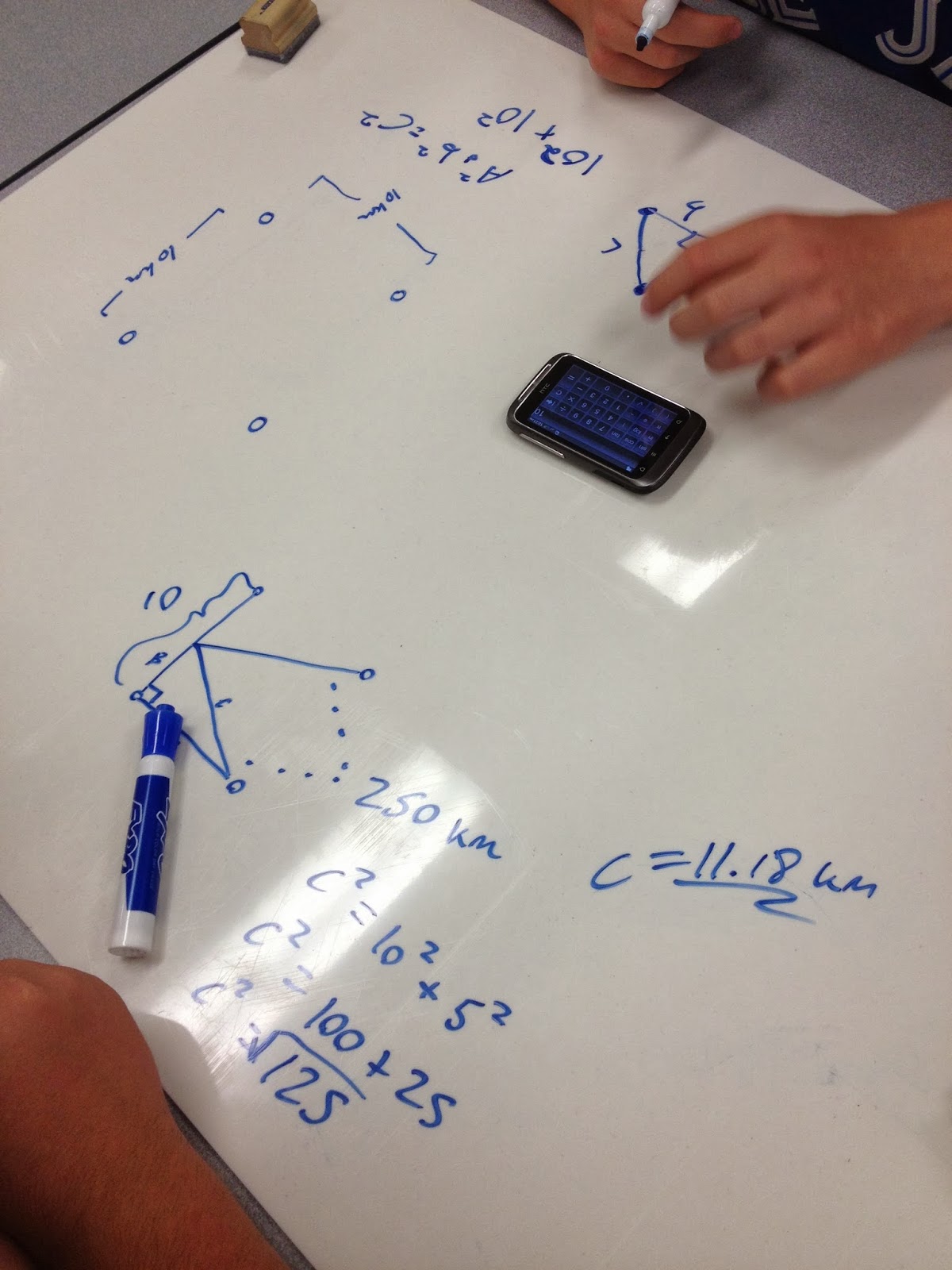 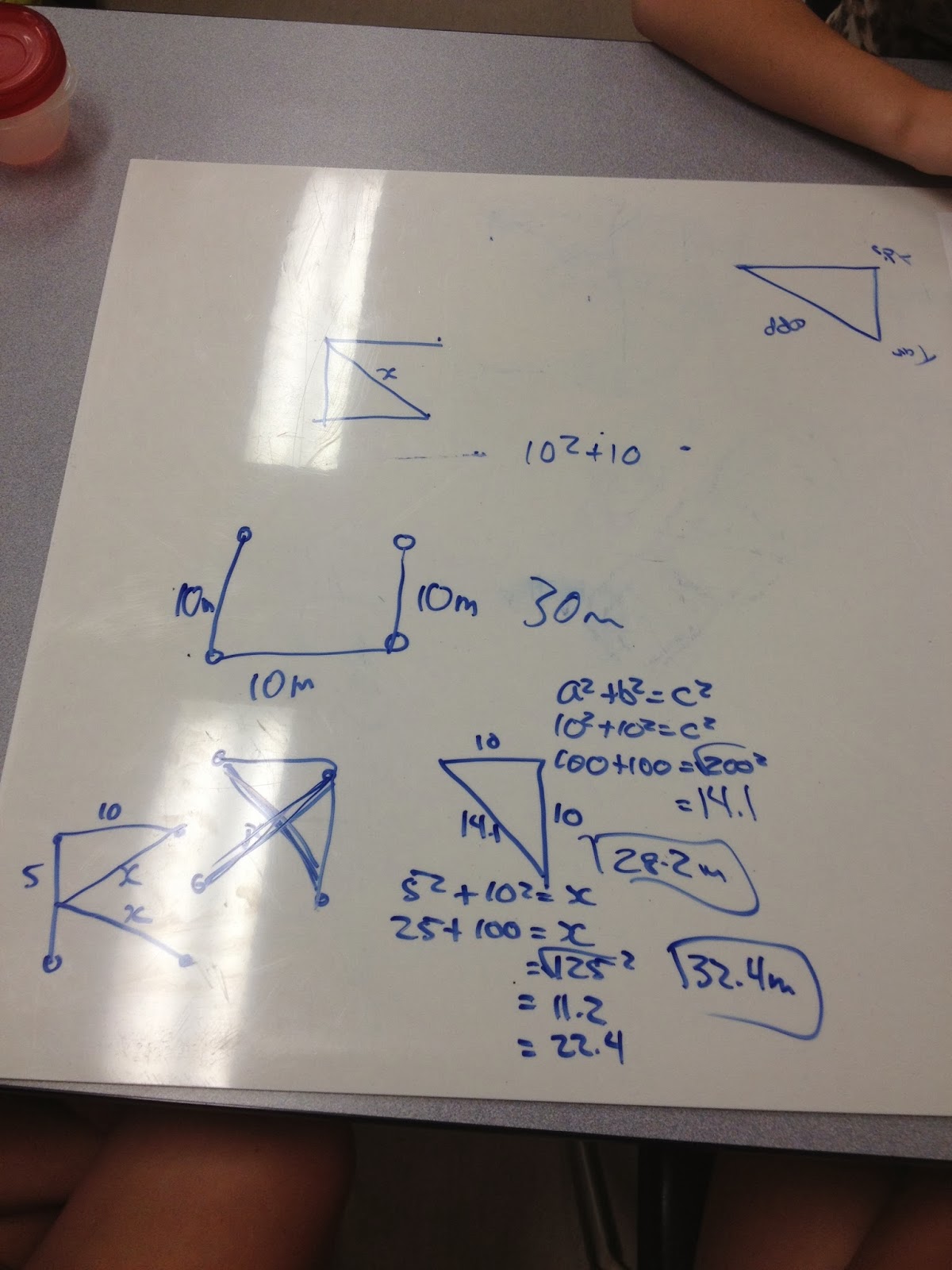 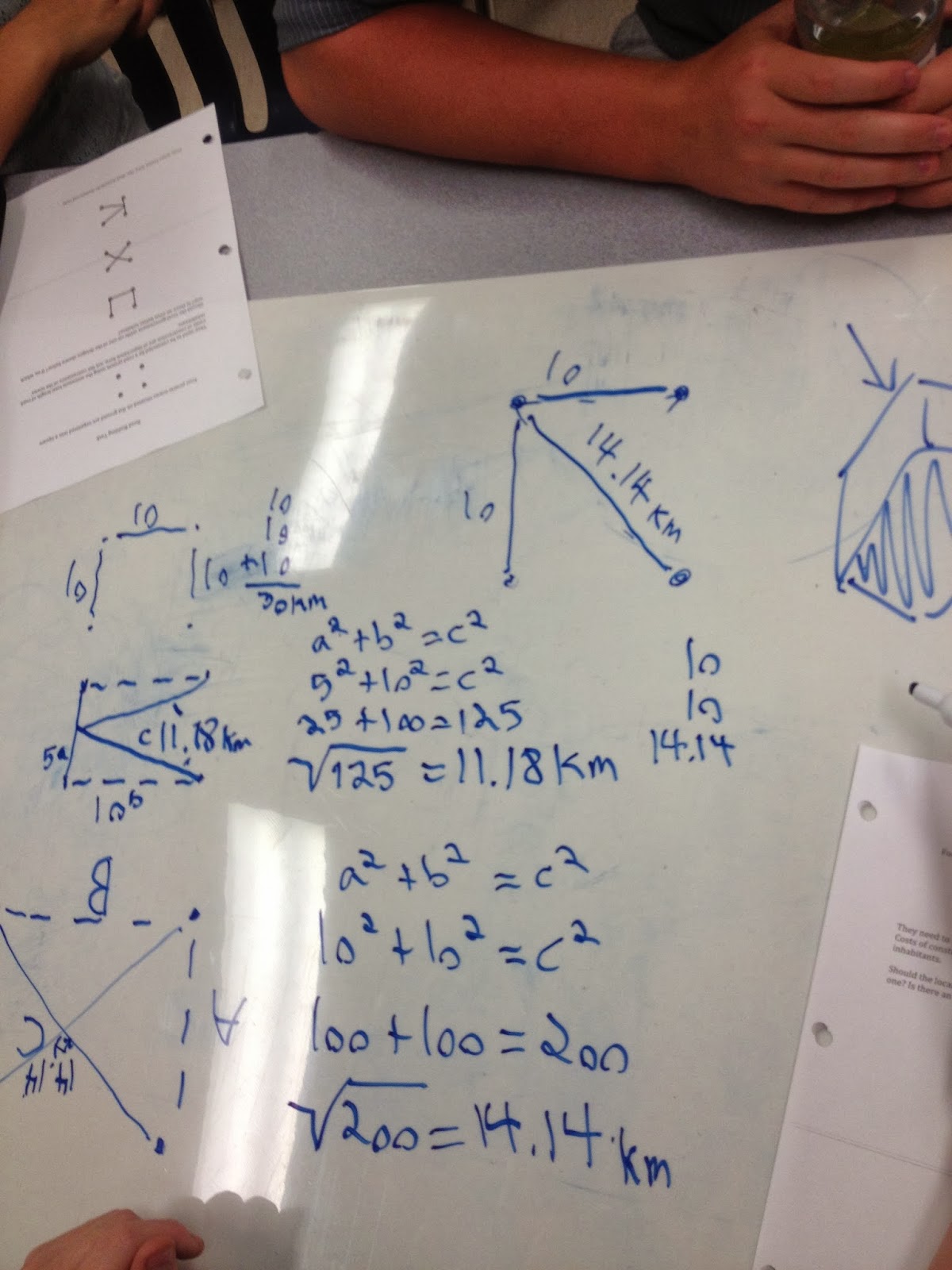 Begin by having students work on a grid. Whether this is with an overhead transparency or a large whiteboard, the grid will ensure they work with integers if they place towns on grid intersections. Try extending the task in the following directions:

The task requires students make intelligent decisions with the theorem in mind. They will begin to run iterations of the theorem as they attempt to place towns. This not only builds fluency, but blankets it in critical thinking. It is in this sense that the task meets the middle ground between fluency and critical problem solving.
NatBanting
** If there are further variations or extensions from readers, please do not hesitate to comment.
On a side note, analyzing the distances between collinear towns provides a nice visual for simplifying radicals. Use this visual to show how 2*root(2) = root(2) + root(2) = root(8) 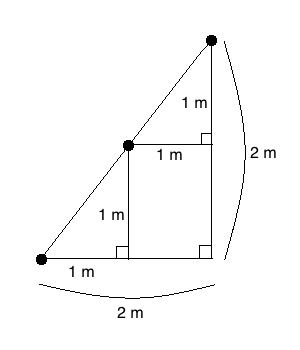 I love this question. James Grime has a video about it at http://www.youtube.com/watch?v=jfpltyNCKRM, with a link at the end to another video where he shows the optimal solution (with bubbles!)

>The Pythagorean Theorem is often taught in isolation.

Agreed. We are partial to questions where it may not be obvious that the Pythagorean theorem would apply, and when it does, the application is not straightforward.